Sweaters knit using 1 strand 2/17 Acrylic Yarn. the name for the 2/17 yarn is "Team."
Pattern is available when joining Stephanie's Mail-Order Yarn Club.
We have a large variety of this weight yarn. Can be knit using 1 or 2 strands Tension 6-7.
Knitting with 2 strands is the same as knitting with 3 strands of the 2/24 or 1/12 yarns, which makes a nice sport weight yarn tension 9-10, can be used with a garter carriage also. 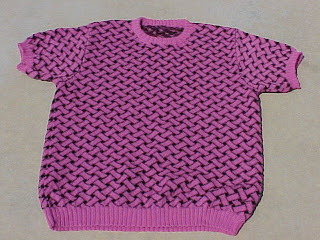 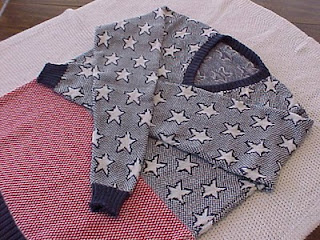 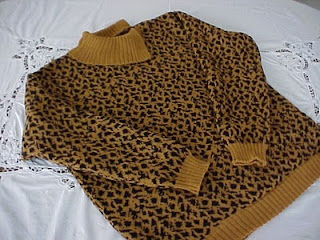 One strand is recommended for the Passap or any double bed knitting or with use of a ribber tension 4/4 or5/5. Yarn can be purchased at our web site. http://www.sumi-soft.com/yarn/
Posted by Unknown at 1:04 PM No comments: 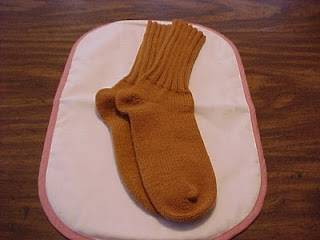 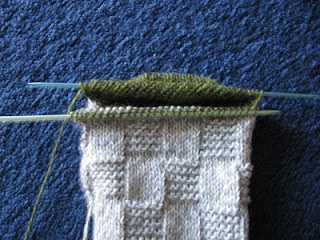 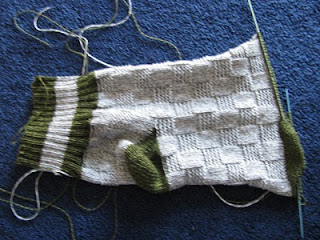 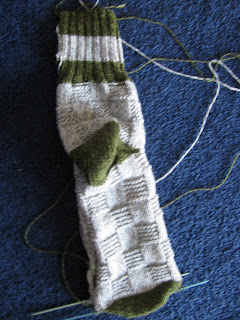 The technique I use is first I knit ribbing the length wanted.

I am going to short row or partial knit the heel shape:

Opposite side of the carriage I pull out 1 needle to non work position.
Knit across one row.

I place my yarn under the needle pulled out to non work position so we don't have a hole. (when knitting back it will loop over that end needle).

Then opposite side of the carriage pull out one needle to non work position.

Pull out one needle opposite side of the carriage to non work position and knit 1 row.
Continue till one third of the needles are left in the center.

Once all short rowed needles are back into work position set carriage to knit all needles (or push the 1/12 of needles in non work position back to work).

We are finished with the heel and ready to knit the length of the sock before the toe shaping.
Knit length (subtract the length that the heel added and what the toe will add) and then short row or partial toe same as the heel.

Reverse the shaping for the other sock so the seams can be worn to the inside of your legs.
Posted by Unknown at 6:34 AM No comments:

I am on Etsy

Vintage City Past Antiques at Etsy